Due to strict Singapore laws, many do not speed on her roads fearing heavy fines and being awarded demerit points. Even on expressways, speed limits are capped to 90 km/h maximum.

However, in a new video surfaced on Facebook page SG Kay Poh, a Toyota Dyna was seen “drifting” in what appears to be a loss of control of the vehicle. The post has since garnered over 160 shares and over 50 reacts. It was not clear what happened afterward, or if the driver was injured. 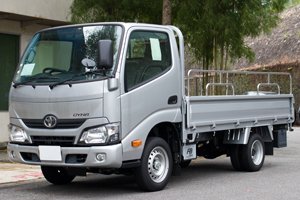 Although many viewers of the video mentioned that the lorry was speeding in the comment section, a handful complimented the driver for not hitting the motorcyclist in front instead.

Some called the driver a professional, wondering how many of the “360 degrees drift” has he done over the years:

You can view the video below:

In case you missed it: