Yes, you read that title right. KFC is indeed releasing a limited edition pair of sneakers, this coming 17 April 2019.

This, however, isn’t the first time KFC had dropped limited edition items. 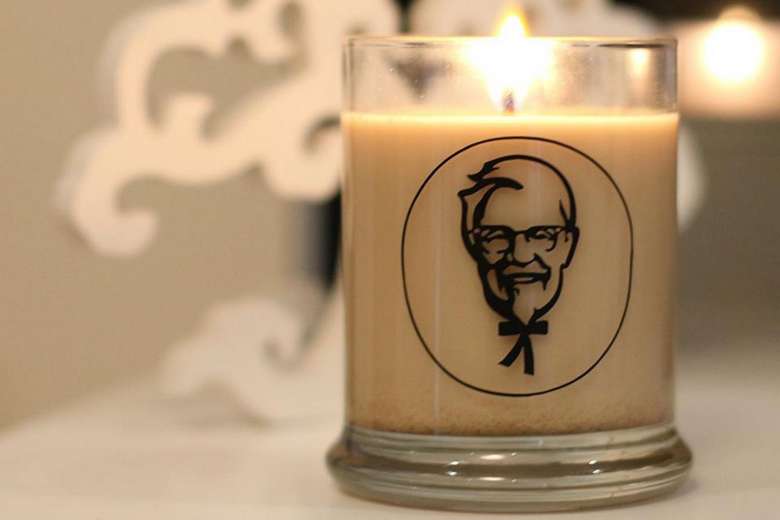 In August, it gave away 3,000 tubes of KFC-scented sunscreen in the US as part of a promotion for its extra-crispy recipe.

Ok, back to the sneakers.

In a Facebook post posted to the public on 12th April 2019, at about 10 pm, the fast food giant released 3 photos of the limited edition shoes. The Facebook post had the caption “Finger lickin’ good treats and pumped up kicks. 17.04.19 #KFCsg “.

Three photos were shared alongside the by KFC, which depicts a model wearing the limited edition shoes. The shoes had designs which seem to be a man (most probably Colonel Sanders), holding onto one of their world famous fried chicken.

Notice how the sneaker model licks her finger, which is in line with their slogan “Finger Lickin’ Good”. 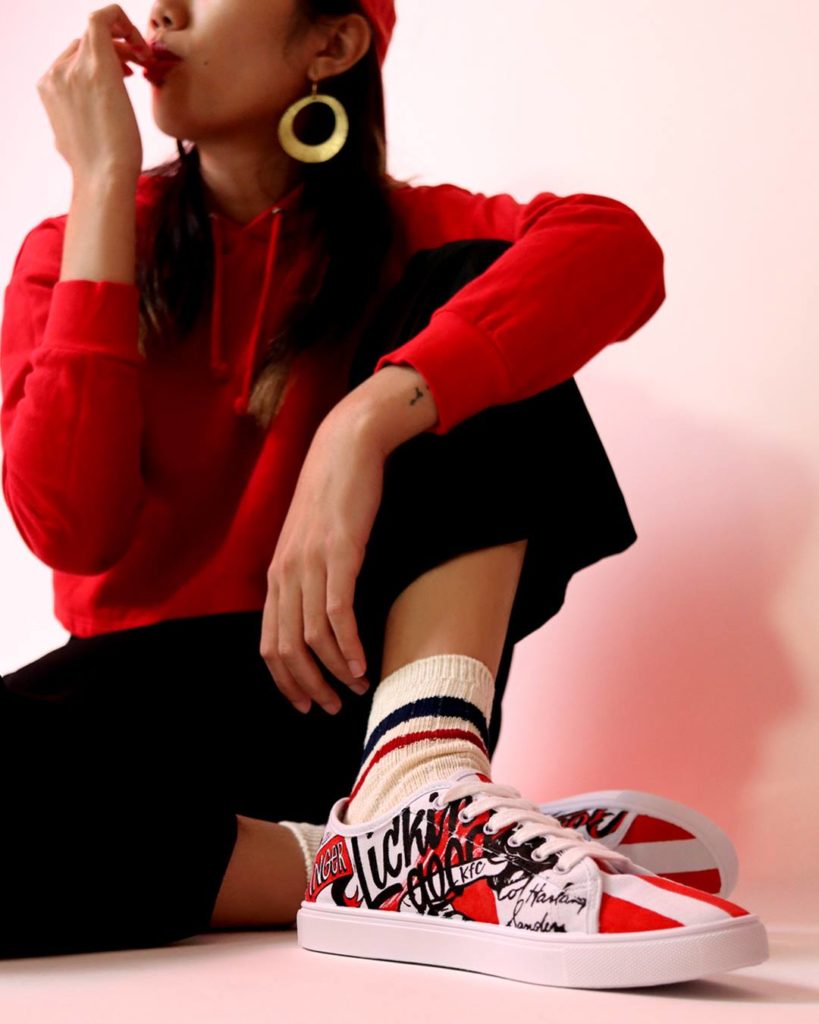 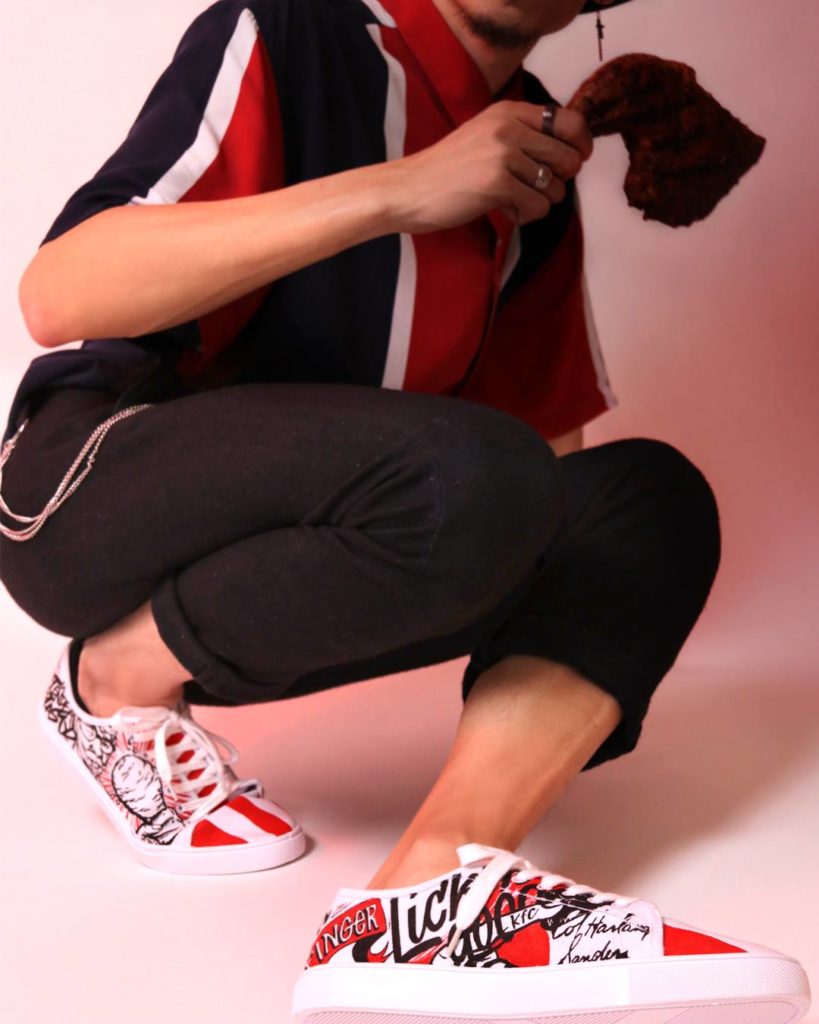 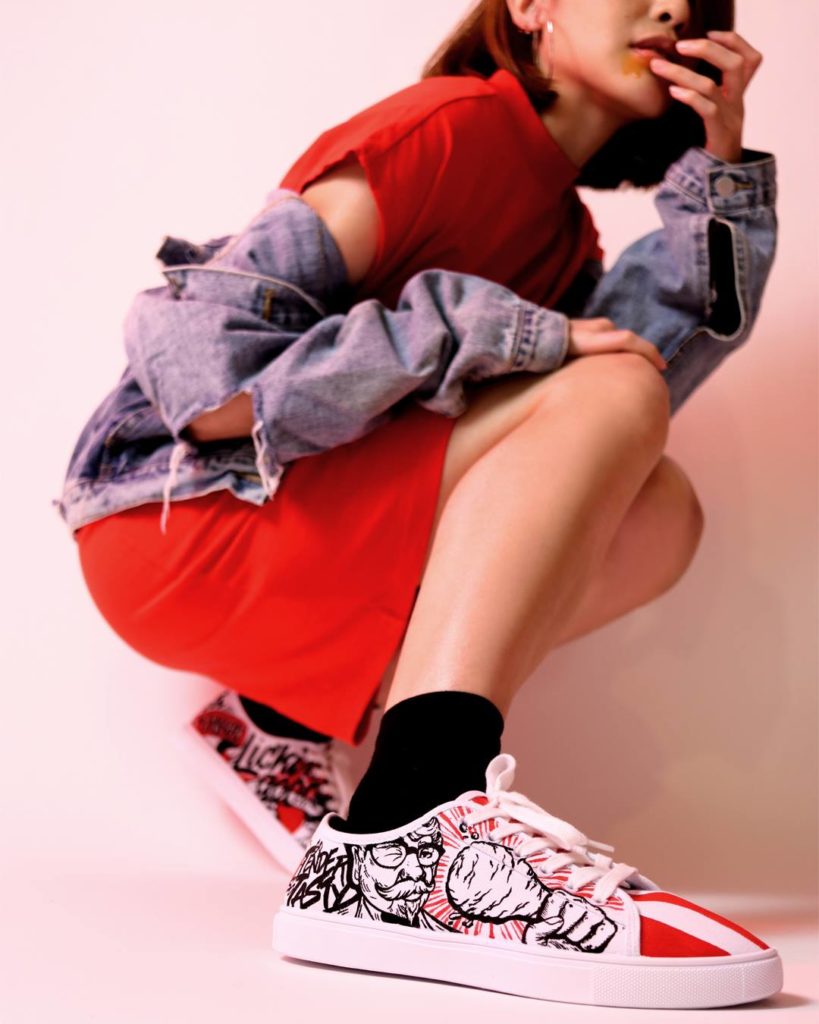 What do you think? Cop or Drop?