A video link was published on Singapore Uncensored’s  website on Sunday, March 29, 2020. The video which is about a minute long shows several police officers attending to a scene in the middle of the road.

A Singapore Police Force K-9 service dog can also be seen sniffing around a lorry. Additionally, a man can be seen handcuffed while being held by two other police officers at the scene.

Here is a screenshot of the video: 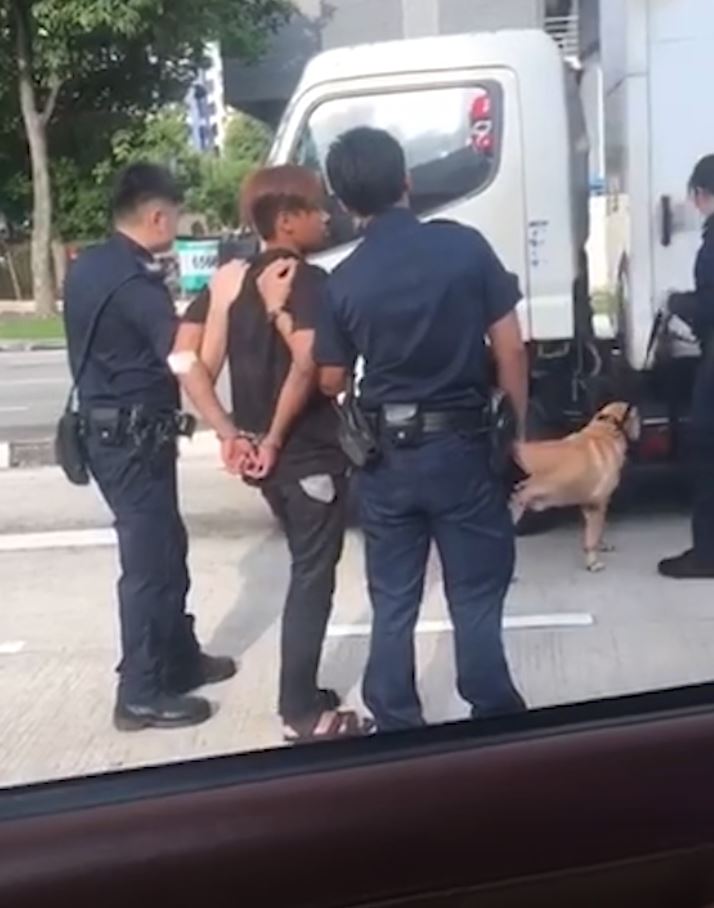 The website did not state the source of the video except that it is first uploaded by a Facebook user named Loh. Details of the time and location are not stated.

The Singapore K-9 unit works in collaboration with the rest of the SPF and the Home Team. They can be frequently seen at checkpoints in Singapore as well as Woodlands Train Station.

Here is the full video:

UPDATE: It seems highly possible that this case is related to a new video footage posted online. The video which is about 16 seconds long, shows a lorry beating a red light while a Police Fast Response Car give chase afterward. The video can be seen below: